Now That You Have Grace--Just Don't Fall! 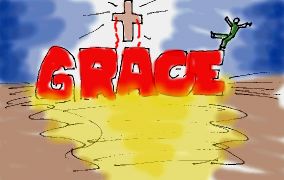 Well, now that you understand what grace is--the free gift of salvation--the unmerited favor you have with God by the blood of Jesus, there is only one thing to worry about---don't fall from grace! You probably have heard this term before--to fall from grace--but do you really know what it means? I remember watching old movies--there would always be a cranky old preacher who would threaten the congregation--"Ye sinners! ye have fallen from grace!" I think this type of image has stuck with the term. The connotation to the term "fallen from grace" suggests to most people the idea that someone has sinned so much--committed something so bad, that they are on their way to hell. To this day, the media will use the term to describe someone religious who has committed a crime or done something bad that gets discovered. For example, Jim Baker was described as having fallen from grace. Well, instead of having the media teach us the Bible, why don't we go to the one passage in scripture where the term is used and see if we can understand the true meaning----

"Stand fast therefore in the liberty wherewith Christ hath made us free, and be not entangled again with the yoke of bondage. Behold, I Paul say unto you, that if ye be circumcised, Christ shall profit you nothing. For I testify again to every man that is circumcised, that he is a debtor to do the whole law. Christ is become of no effect unto you, whosoever of you are justified by the law; ye are fallen from grace. For we through the Spirit wait for the hope of righteousness by faith. For in Jesus Christ neither circumcision availeth any thing, nor uncircumcision; but faith which worketh by love." (Galatians 5:1-6)

As usual, the Bible has the answer that you might not expect! In his letter, the Apostle Paul was talking to the church at Galatia. These folks were Spirit-filled Christians, who, having accepted Jesus and the Holy Spirit, now were believing that they had become something like Jews--and had to practice the rituals of the Jewish faith. They were believing they needed to be circumcised in order to please God.

Paul warns them to--

1. Stand fast to the liberty and freedom that Christ has given them

2. Live by faith and love

The term falling from grace means just as the Bible says it--to believe you are justified by your obedience to the law. Just as the grace of God sets us free of the judgment that is rightfully ours under the demands of the law--falling from grace is the belief that our justification comes from obedience to the law. I think it is very interesting that the legalistic world actually teaches the opposite of what the Bible says. Falling from grace is not sin, or breaking the law--but rather it is self-righteousness! It is the false belief that we are justified by our works--the same old gospel of works that the devil is always trying to preach! 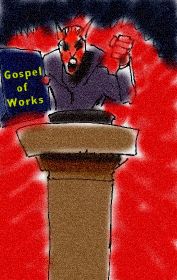 But let's think about this--are we rewarded for obeying the laws of man? Every town and city has laws--as well as the state and the federal government. Would you expect to receive a reward if you obeyed these laws? Of course not! Disobedience to the law is what brings punishment--obedience to the law is something that is expected from every citizen--there is no reward for it. 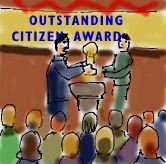 God's laws work the same way--there is no reward for obedience, only punishment for disobedience. The law has never saved a soul, but rather has condemned every soul to death and hell. The purpose of the law is to show us our sin--

"Therefore by the deeds of the law there shall no flesh be justified in his sight: for by the law is the knowledge of sin." (Romans 3:20)

It certainly is a good thing we have grace...

"That as sin hath reigned unto death, even so might grace reign through righteousness unto eternal life by Jesus Christ our Lord." (Romans 5:21)

"For sin shall not have dominion over you: for ye are not under the law, but under grace." (Romans 6:14)

"I do not frustrate the grace of God: for if righteousness come by the law, then Christ is dead in vain." (Galatians 2:21)

So remember--having been saved by grace--don't fall from grace! Keep living your life by faith in Jesus. Stand fast in the liberty and freedom of the grace that Jesus has bought for us at the cross. Praise Jesus!